When MINI came to BSUR they had just one model. Throughout the years as MINI’s lead communications agency, we maintained brand guardianship with consistent branding throughout several global product launches.

The 4x4 MINI Countryman launched during a period of two other major models. Sales targets were exceeded, waiting lists followed and the campaign became BSUR's most awarded.

Our ‘Another Day. Another Adventure’ campaign to launch the sporty MINI Coupé and Roadster took people on a MINI adventure like never before and reinvigorated the brand. Its digital component, ‘All The Wrong Places’ put MINI’s social media fans in the driver's seat for the first time. Together with VICE, BSUR took a host, the new MINI and 5 co-pilots around the globe to capture adventure stories that had to be seen to be believed. The campaigns reconnected the MINI brand with adventurers. Millions of viewers, average fan engagement time of 5.25 minutes and models SOLD OUT.

To show the new MINI range, we created the world’s first slow motion 3D film. Millions watched a monster truck take on the expanded MINI range.YouTube views are currently over 17 million and counting. 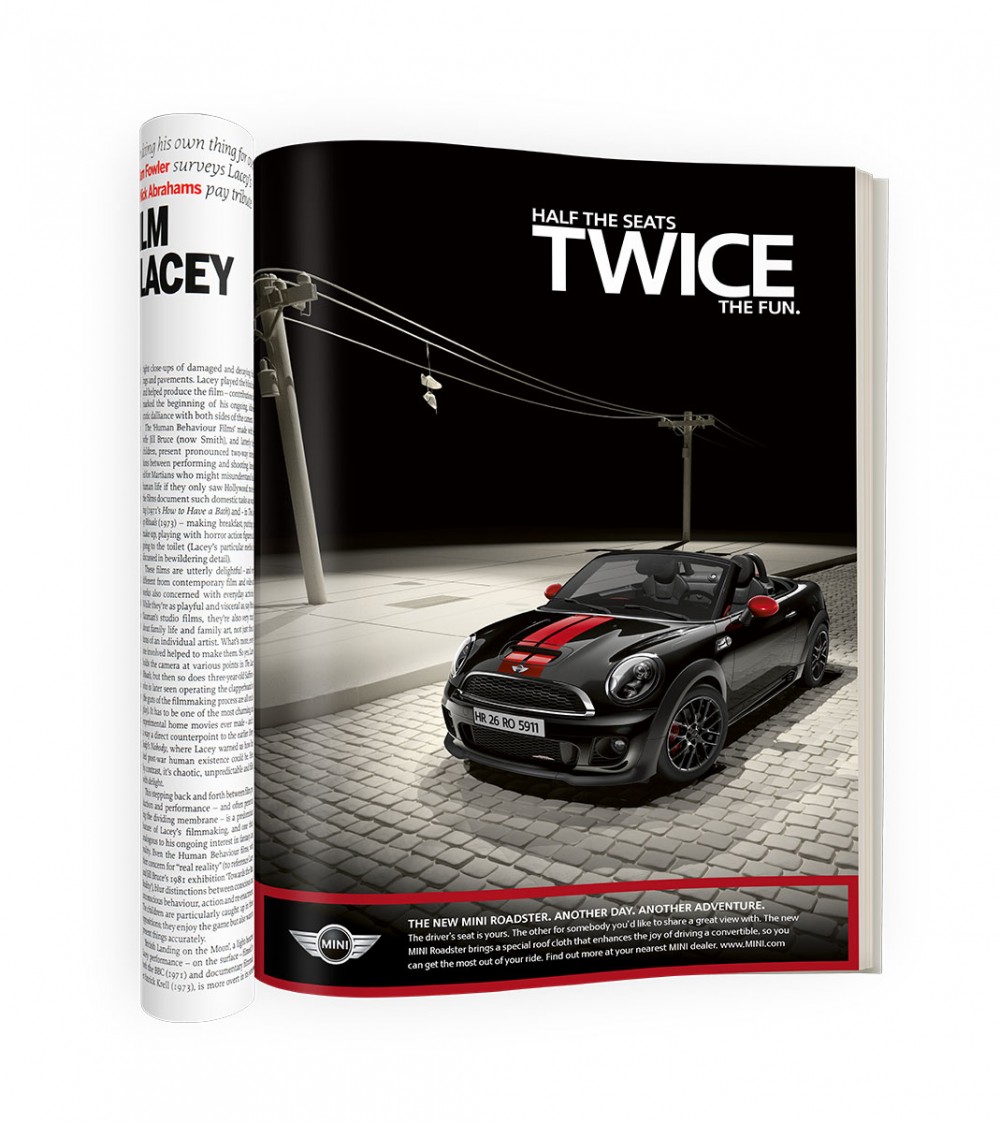