Adapting a European chocolate brand for the Chinese gifting culture.

STORCK tasked BSUR with launching one of Germany’s most famous chocolate brands - MERCI in China. To compete in such a crowded and fierce market we needed to adapt the brand to Chinese culture. Saying thank you through gifting is a traditional element of Chinese culture. With MERCI, we inspired the population to give the gift of chocolate.

One of the first tasks was finding the perfect Chinese name, staying true to MERCI’s promise and conveying its heartfelt message to this new audience. We tailored their packaging to the Chinese market, designed POS materials for shops and supermarkets and developed the storylines for three TVC concepts, aired in China, Hong Kong, and Singapore. The Chinese commercial was voted one of the best-tested in 2015. MERCI was successfully launched in Hangzhou in November 2015 and continues to grow in the Chinese market. 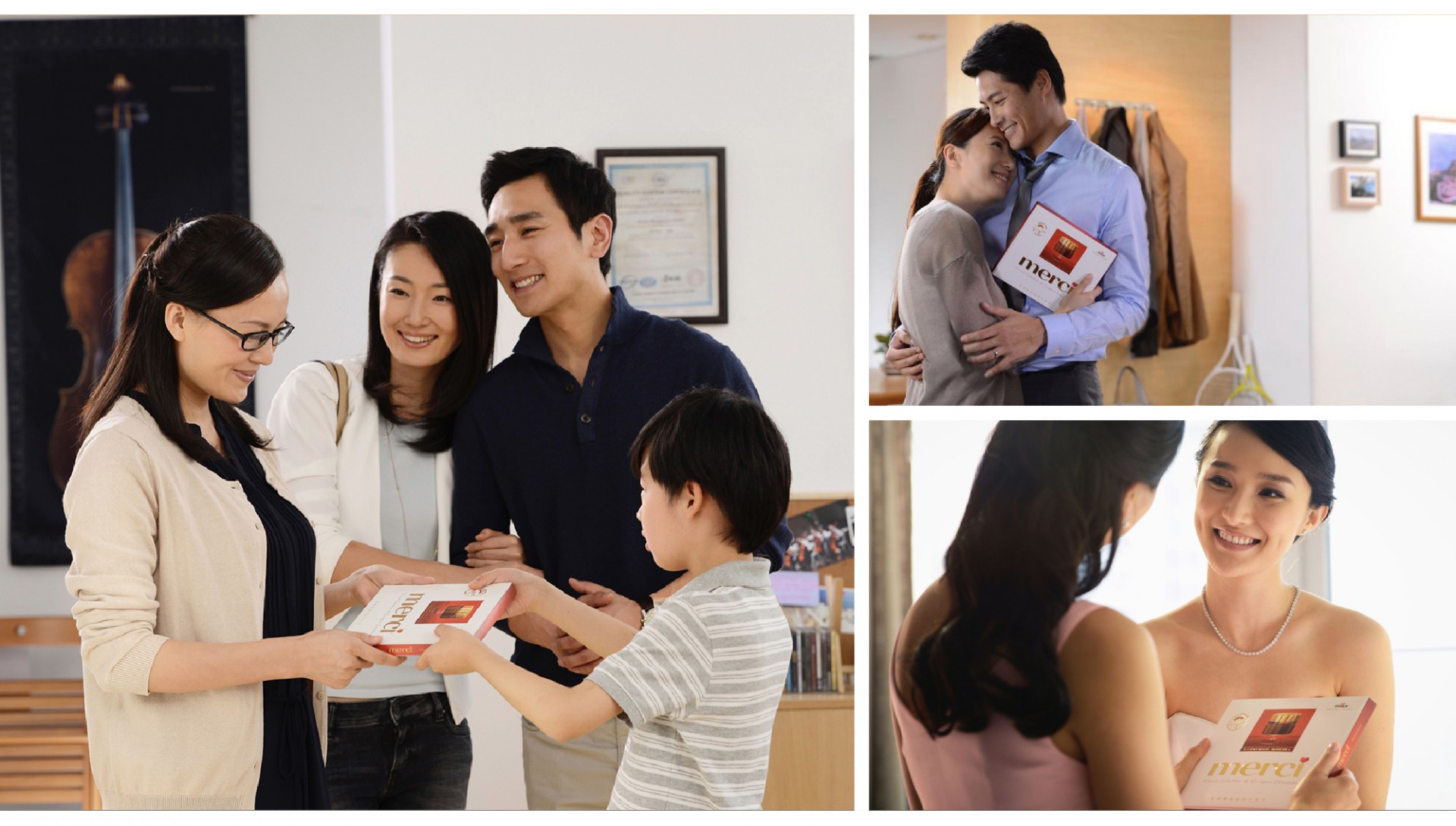